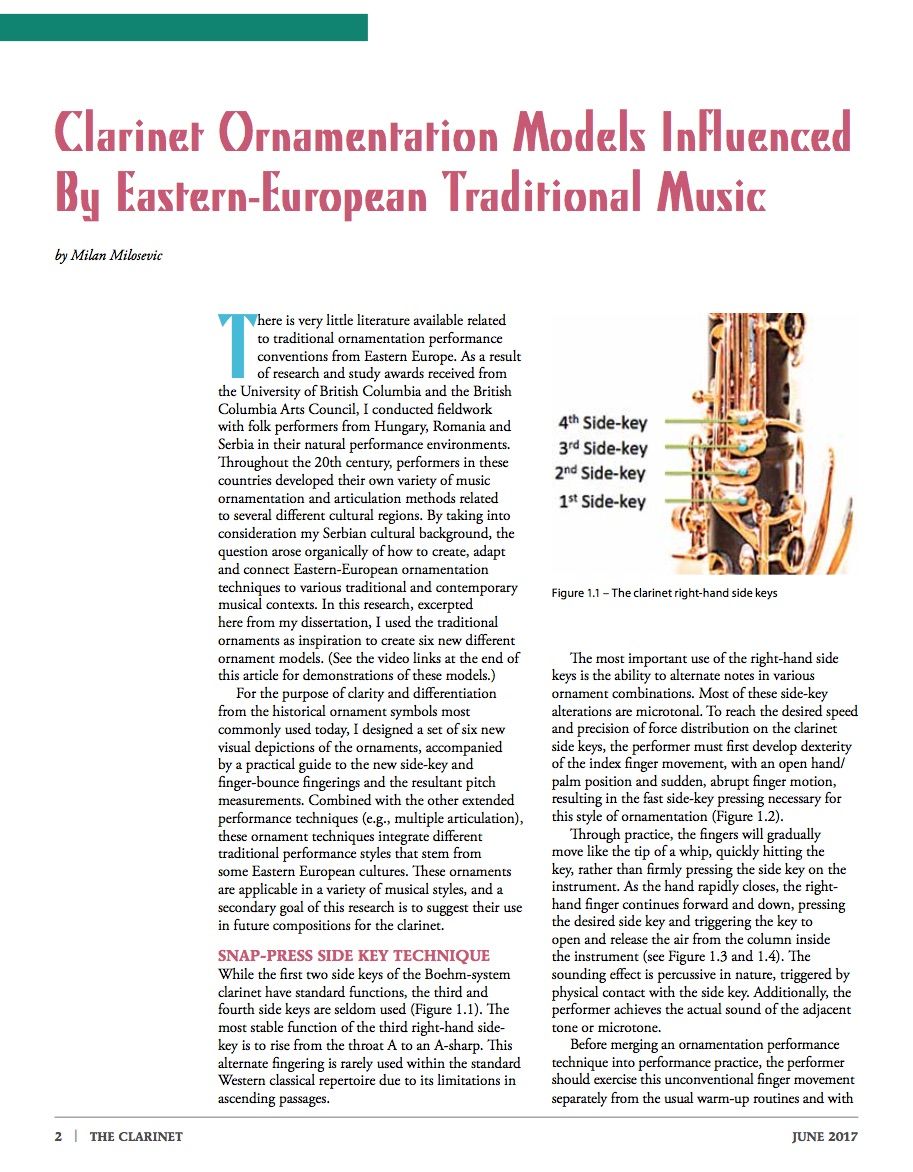 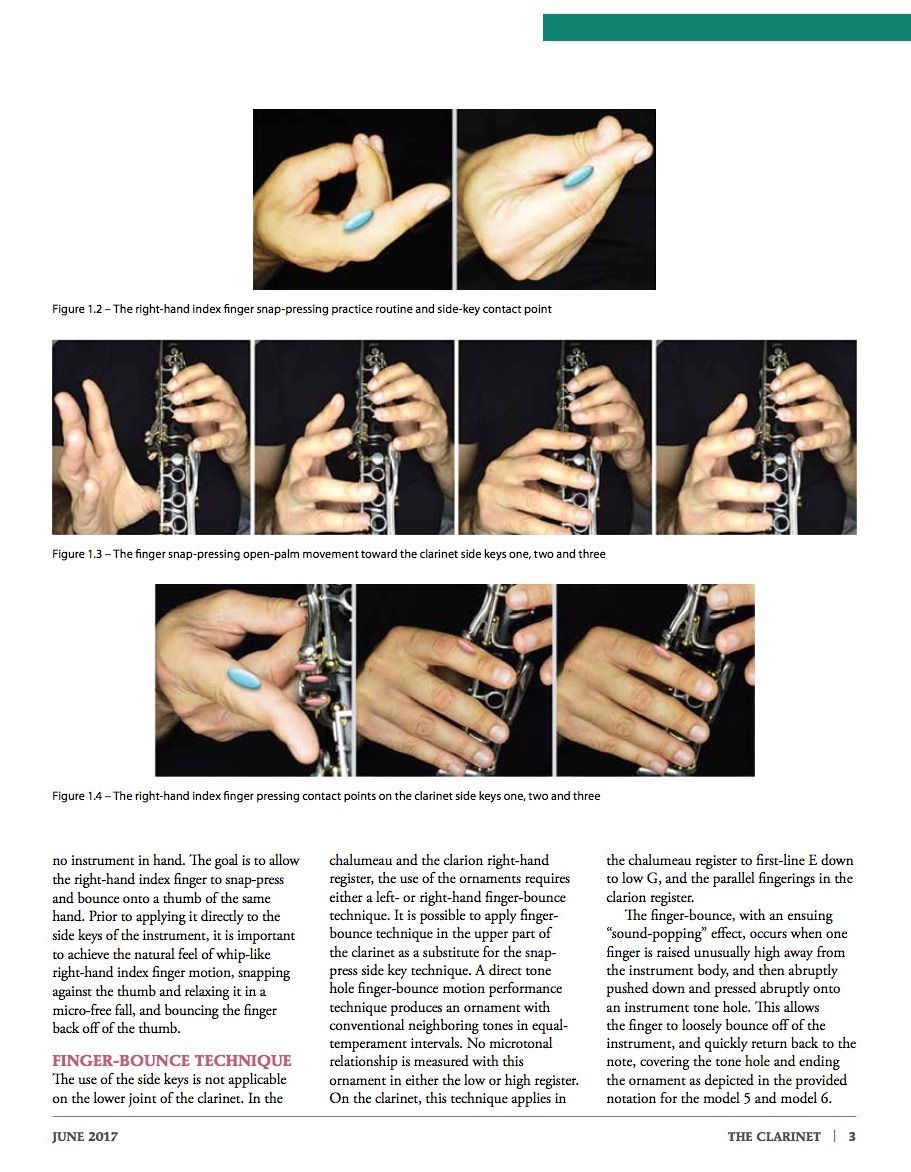 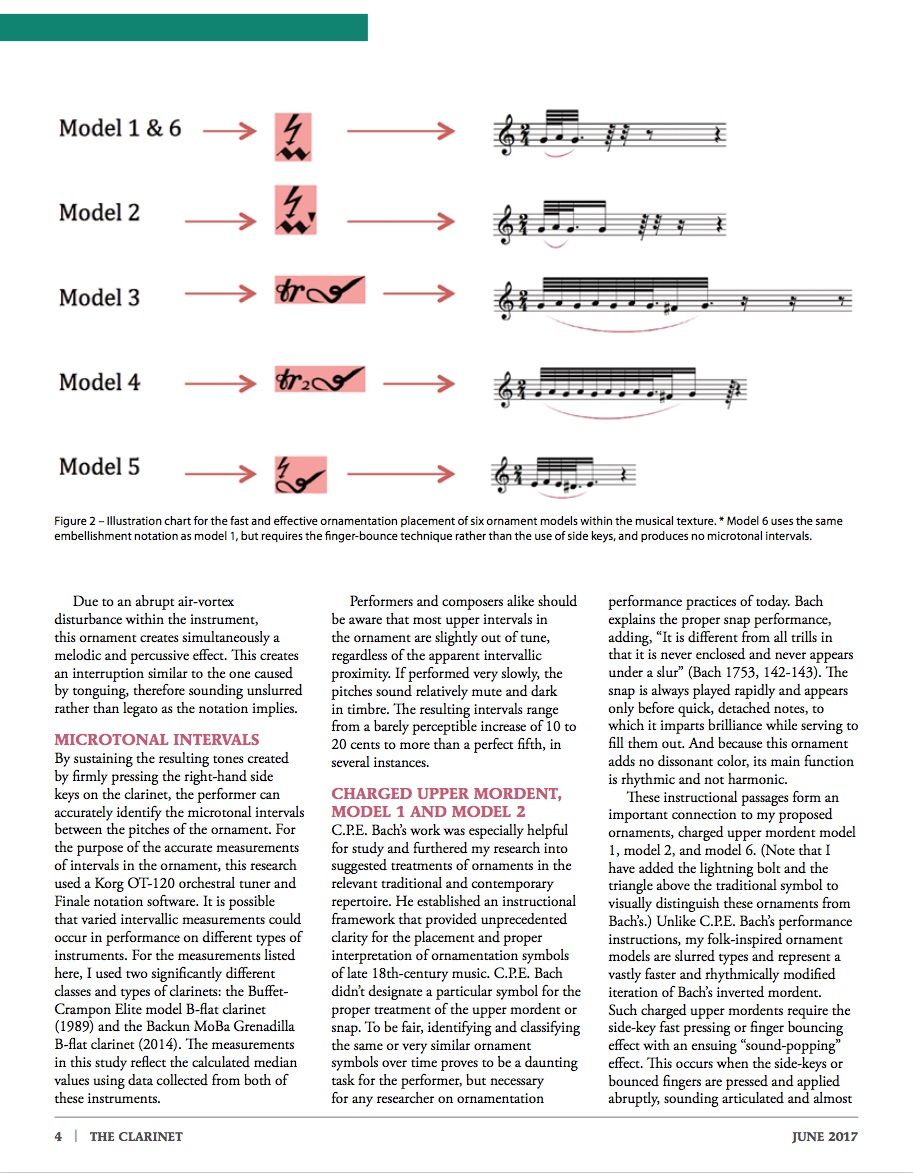 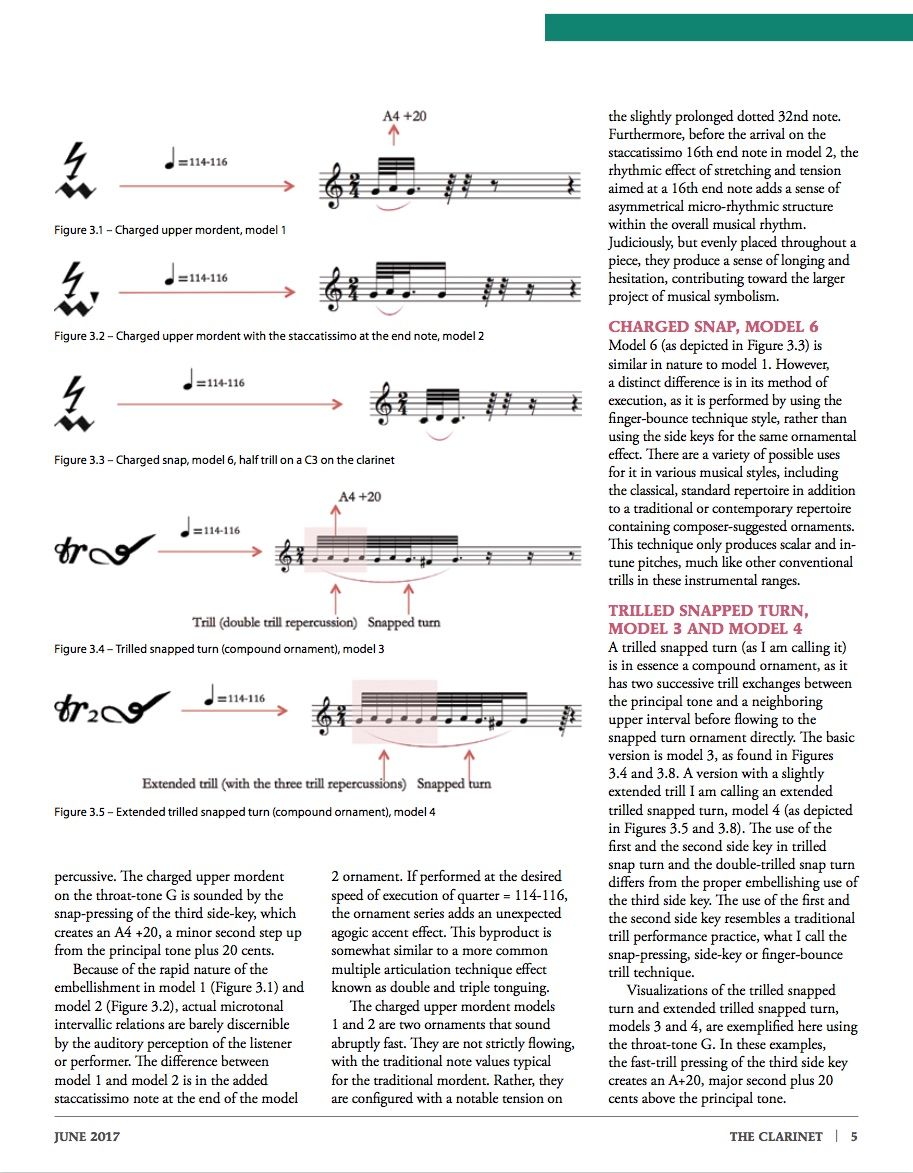 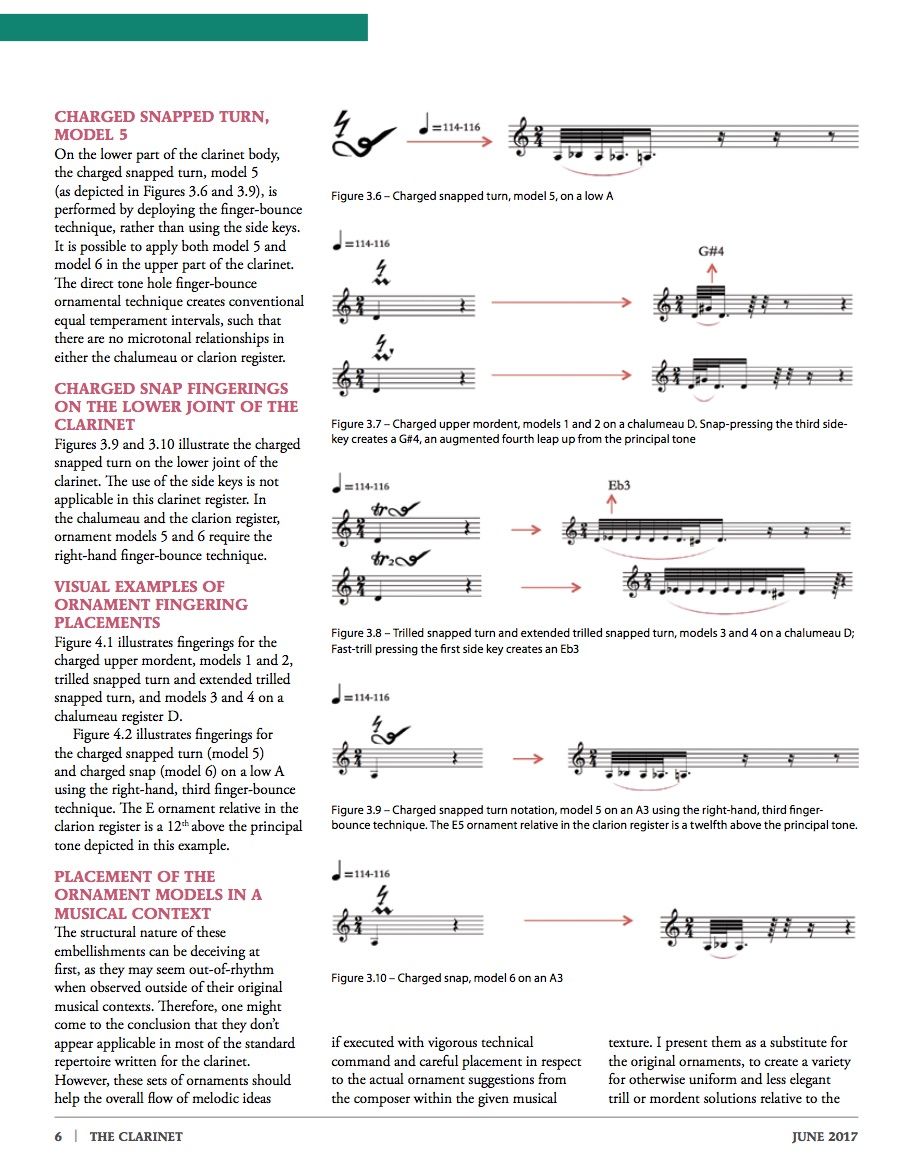 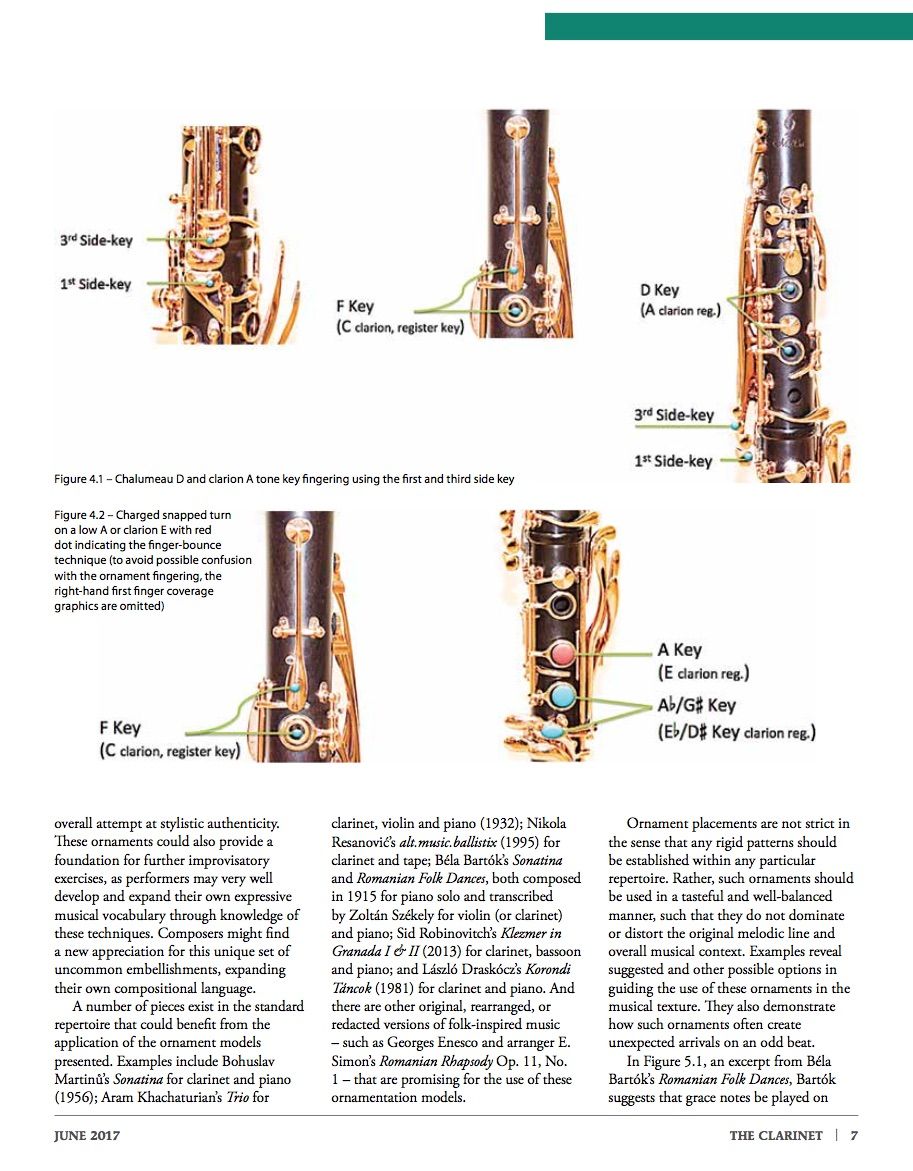 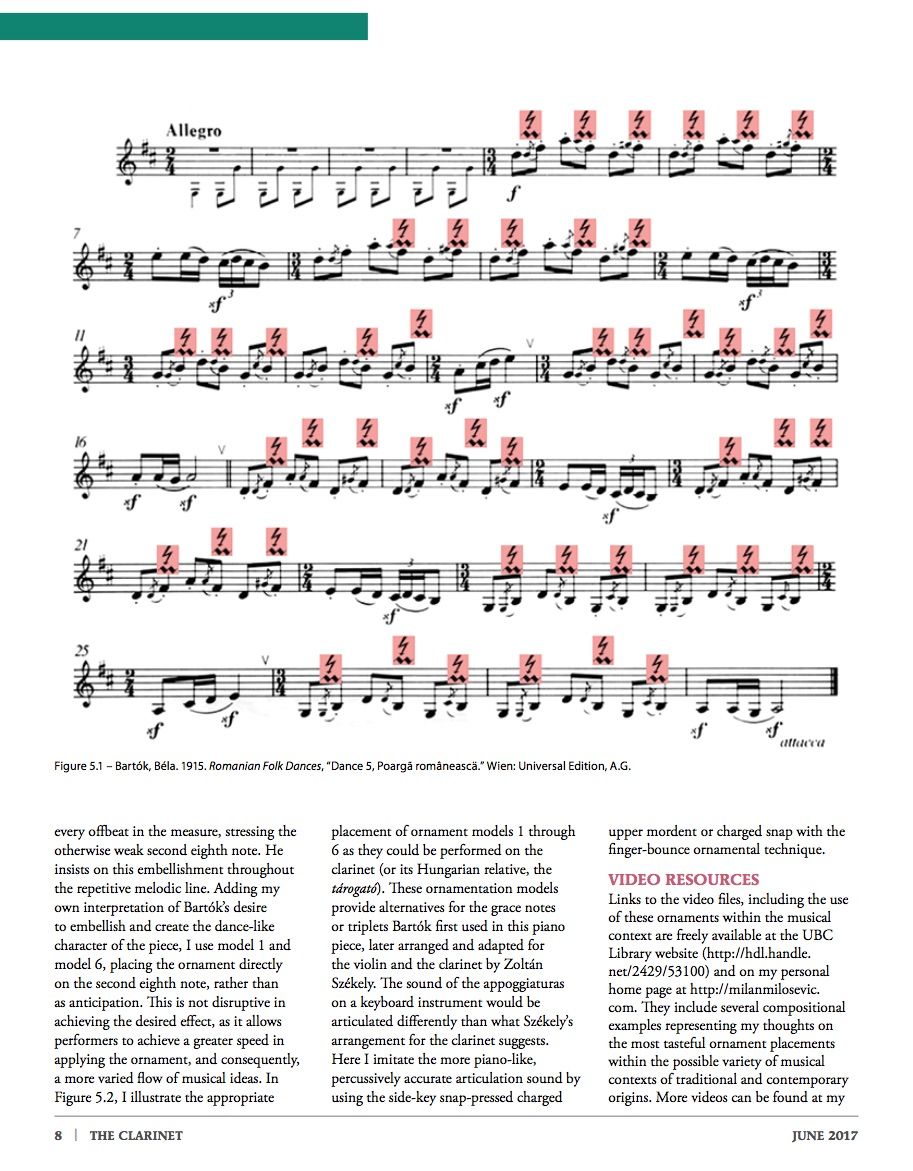 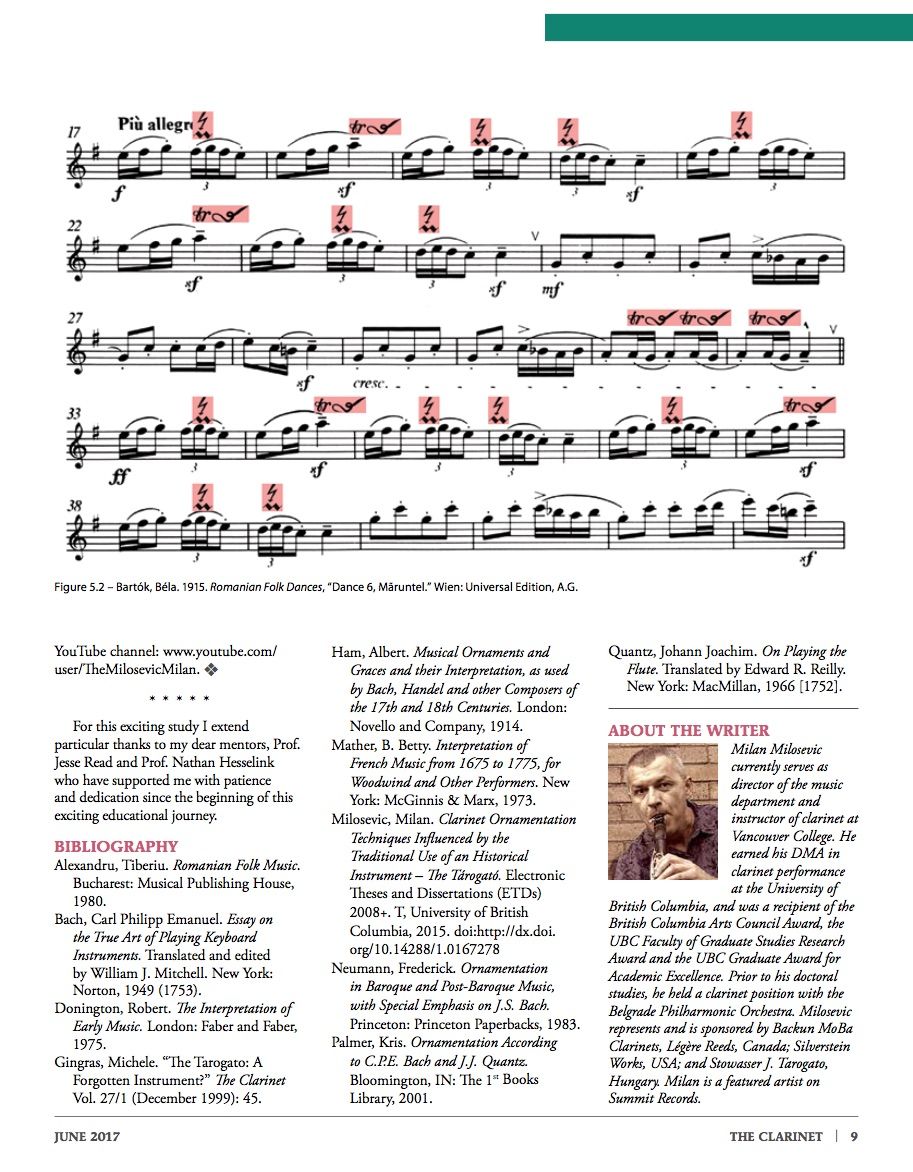 There is very little literature available related to traditional ornamentation performance conventions from Eastern Europe. This dissertation thus explores the ornamentation performed on the tárogató, a Hungarian historical instrument, as the inspiration for new ornaments to be used both in existing and new compositions for the tárogató and clarinet. As a result of research and study awards received from the University of British Columbia and the British Columbia Arts Council, I conducted fieldwork with Hungarian and neighbouring Romanian and Serbian folk performers in their natural performance environments. Throughout the twentieth century, such performers developed their own variety of music ornamentation and articulation methods on the tárogató related to several different cultural regions of current-day Hungary, Romania, and Serbia. In this dissertation, these traditional ornaments are used as an inspiration to create six new different ornamental models. They can be performed on either the clarinet or tárogató.

I begin by outlining the various interpretations of the most similar ornaments to my new models and the symbols used to depict them in related treatises used in Western Europe from the early seventeenth century until modern times. For the purpose of clarity and differentiation from the historical ornamental symbols most commonly used today, I designed a set of six new visual depictions of the ornaments, accompanied by a practical guide to the new side-key and finger-bounce fingerings and the resultant pitch measurements. I conclude with several compositional examples representing my suppositions on the most tasteful ornamental placements within the possible variety of musical contexts of traditional and contemporary origins. Such suppositions are not intended to change the texture or the original composers' suggestions on ornaments; rather, it is my wish to use them to underline and amplify the traditional style in which the piece is to be performed.

Unless otherwise noted, the author created all images in this dissertation. In chapters 4 and 5, instrumental fingerings, notational values, microtonal pitch measurements, and notational tables are the original work of the author. For pitch measurements I used the orchestral tuner Korg OT-120. I measured the intonation of two different clarinet models: a Buffet-Crampon Elite, and a Backun MoBa. For measurements on the tárogató, I used the Stowasser J. Tárogató, Golden Voice, North-American model. For creating the ornamental notation, I used the software Finale 2014c. And for designing the original visuals for the new music ornaments, I used Wacom Tablet Utility.

I received permission from the authors Liz Mellish and Nick Green for use of the regional tárogató and saxophone map used in chapter 2. To use the two tárogató images under the Accession numbers 5453 and 5455 in chapter 2, I received consent from Dr. Darryl Martin, principal curator of the Musical Instrument Museums Edinburgh. Other images in the same chapter are in the public domain, with copyrights expired. For using the musical examples by composer Derek Bermel in chapter 6, I received consent and permission by XPyre Music, administered by Songs of Peer, Ltd. Musical examples by Béla Bartók from Romanian Folk Dances in chapter 6 were used with permission by Universal Edition A.G., Wien. Other examples in chapter 6 are used with permission by the composers.